This time for spring half term we decided to go to Malta. I haven’t quite mentally recovered yet from our recent flight to Dominican Republic so 3,5 hours on the plane was just what I’d have been able to survive. The weather is really nice in the end of May, with average 28°C it’s perfect for swimming in the sea, but also not too hot for exploring cities, like in the full summer, when heat is just unbearable. Malta immediately reminded me of Cyprus and Greece with its buildings and architecture, and it also has rich history going thousands of years back. The sea, as I mentioned before was ideal for swimming, with pleasant, not freezing cold water, as in many European holiday destinations at this time of year. Many beaches are located in bays, that’s why water is rather shallow and with no waves, just perfect for children. Everyone here speaks English and it’s close everywhere, as Malta is a small island and you can get pretty much everywhere within half an hour by car. Public transport is well developed, buses run frequently between major cities. It’s also not as expensive as in i.e. Italy or France. So given all that it looks like a dream holiday choice, relaxing and without too many challenges. And I have already answered the question in the title so it’s probably time to wrap up this post 🙂 Seriously I need to work on building some kind of suspense in my writing. Now it’s time for a bit of practical info about some pretty cool places in Malta.

It was our first stop. Golden Bay is considered the best beach in the whole Malta, and it’s hard to disagree. The sea is smooth all day long with just lazy little waves, and blues and turquoises just change saturation and intensity depending on the time of the day. We stayed in Radisson Blue Golden Sands located on the hill overlooking the beach, with such fantastic view: 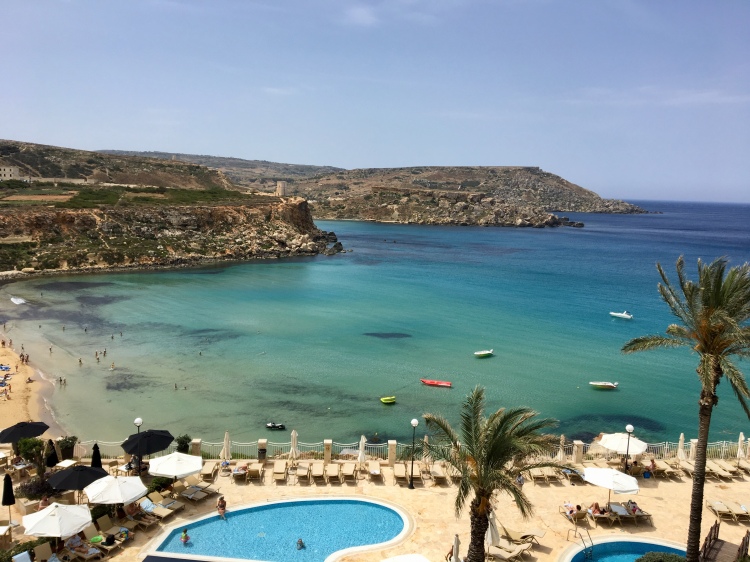 Hotel itself doesn’t look pretty from the outside I’m afraid, something like a blocks of a massive old warehouse, but the interior is a whole different story, it’s modern, and you can feel breeze of luxury when walking through tastefully decorated corridors. Rooms are very comfortable, there is a living room with bed and with fully equipped kitchen, large bathroom, and a bedroom, so it’s more like a flat than just a room 🙂 Food is really good, dishes served in the bar down at the beach were also yummy and looked divine.

There are some places that just have something special, once you’re there you can feel this good vibe that brings smile on your face. I’ve seen some stunning beaches and have been to pretty amazing hotels, but this place just makes you not want to leave, I really felt just wonderful there.

First thing I saw when I’d opened my eyes in the morning was this splendid image of the light blue sea and rocks, I watched people, who went for an early swim as they where getting further and further until all I could see were small dots disappearing on the horizon. We so fell in love with this place, that when after 2 days, following our plan we went to another hotel in St. George’s Bay, we decided to cancel it (not without difficulties) and go back to Radisson and Golden Bay for another couple of days. If I ever go to Malta again I will stay here, no doubt, and if you’re planning to go, look no further, it doesn’t get better than this 🙂 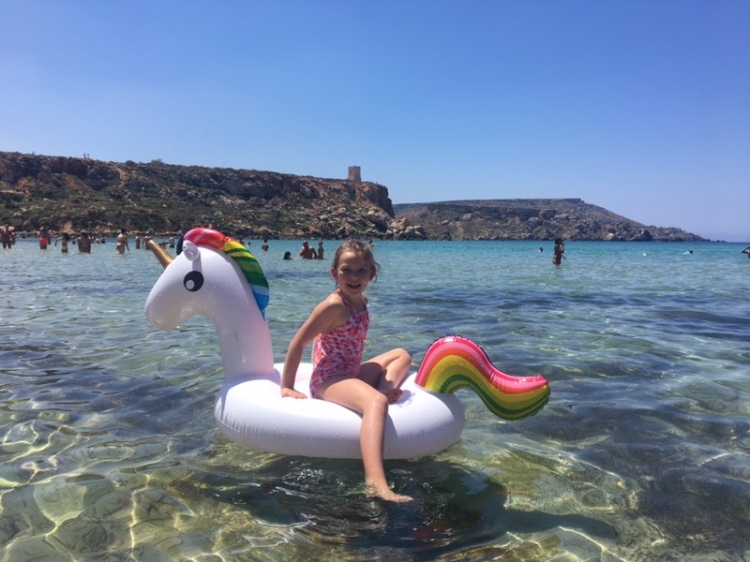 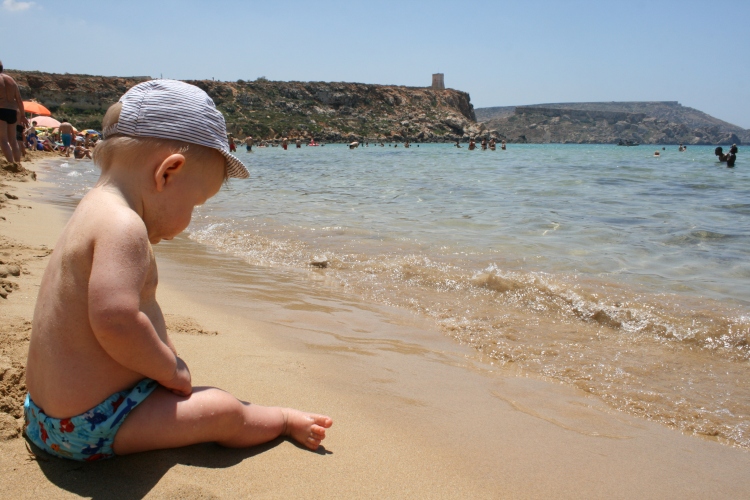 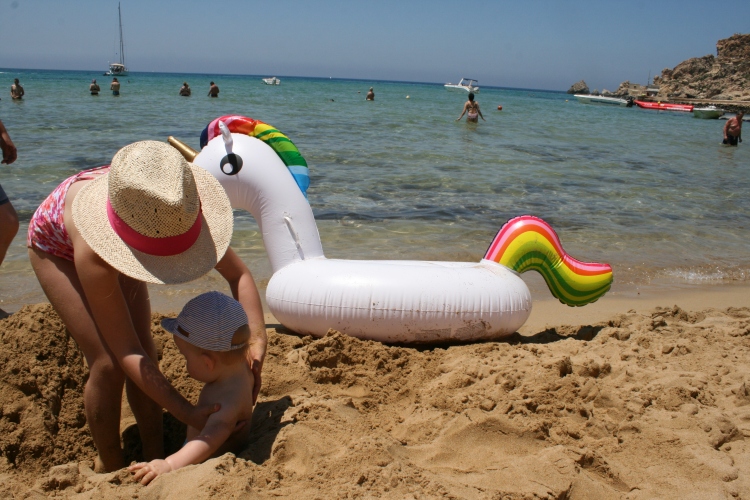 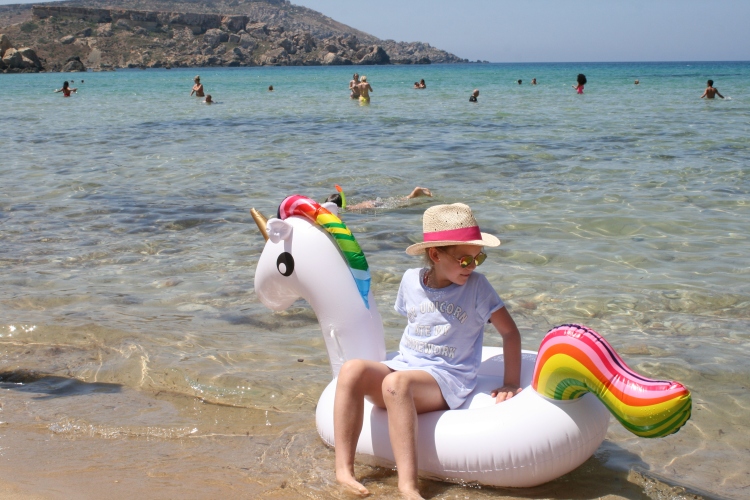 There is a water sports centre on the beach, you can go kayaking, parasailing, jet skiing, paddle boarding or pedal boating. I was finally able to fulfill my wish and try paddle boarding, and I’m telling you, it’s just the best 🙂 Just me, shimmering sea and magnificent rocks, and in such calm water I could go really far which was so exhilarating! Lily liked it as much as I did, and either wanted to go with me all the time, or was stealing my board and was going by herself 🙂

And here is couple of more photos from Radisson Blu: 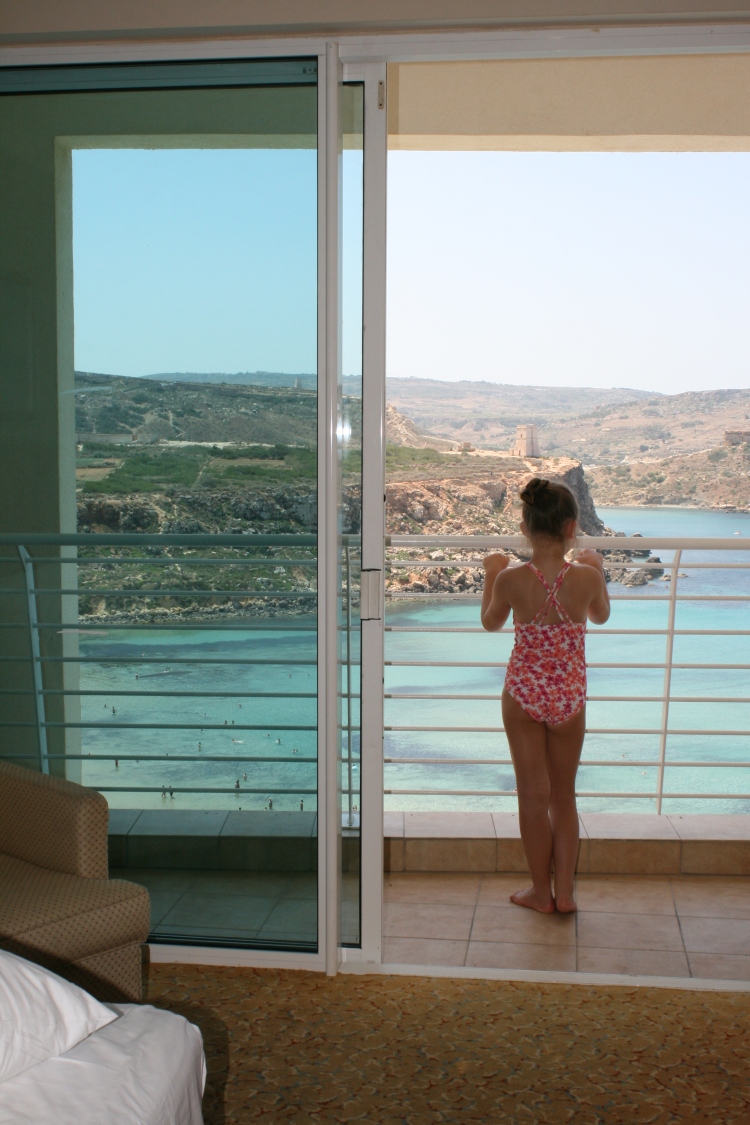 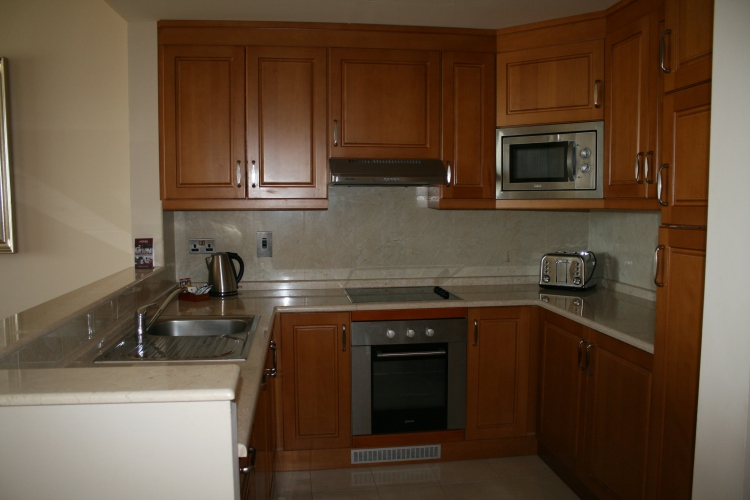 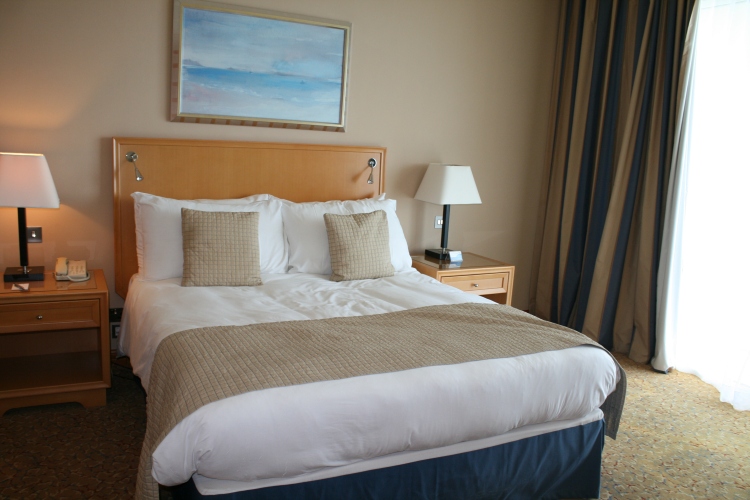 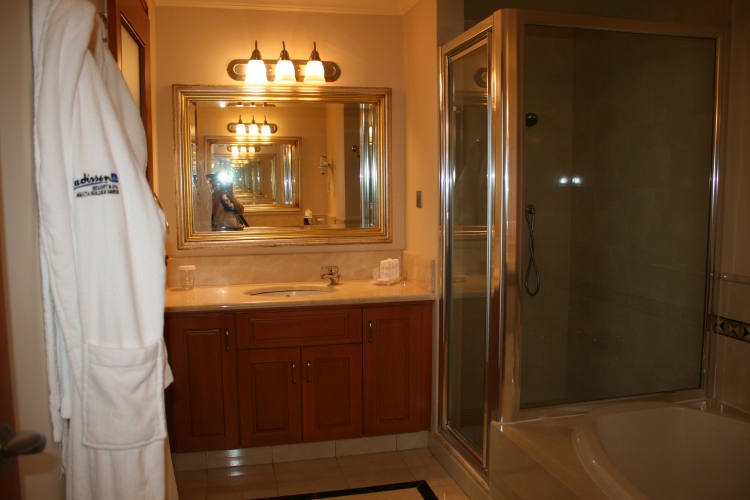 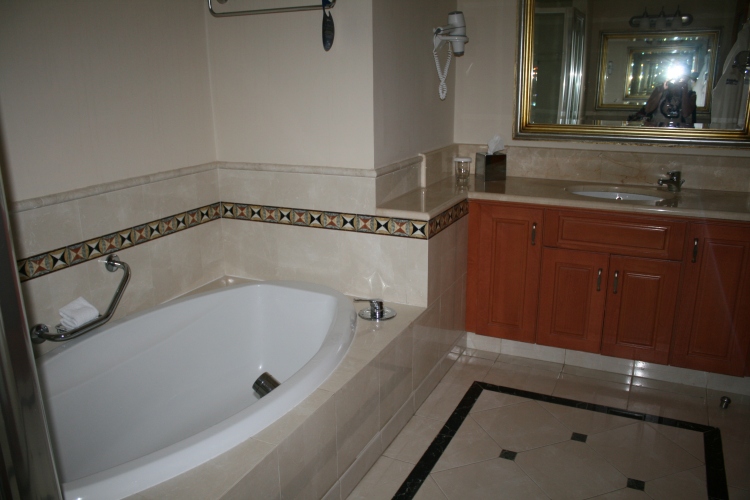 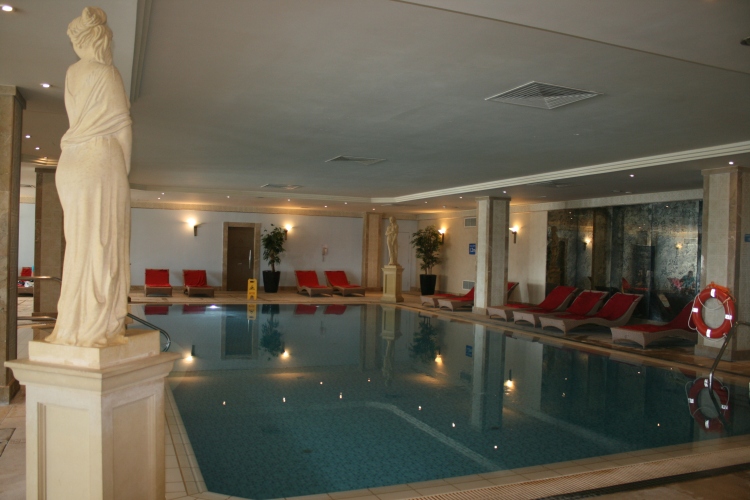 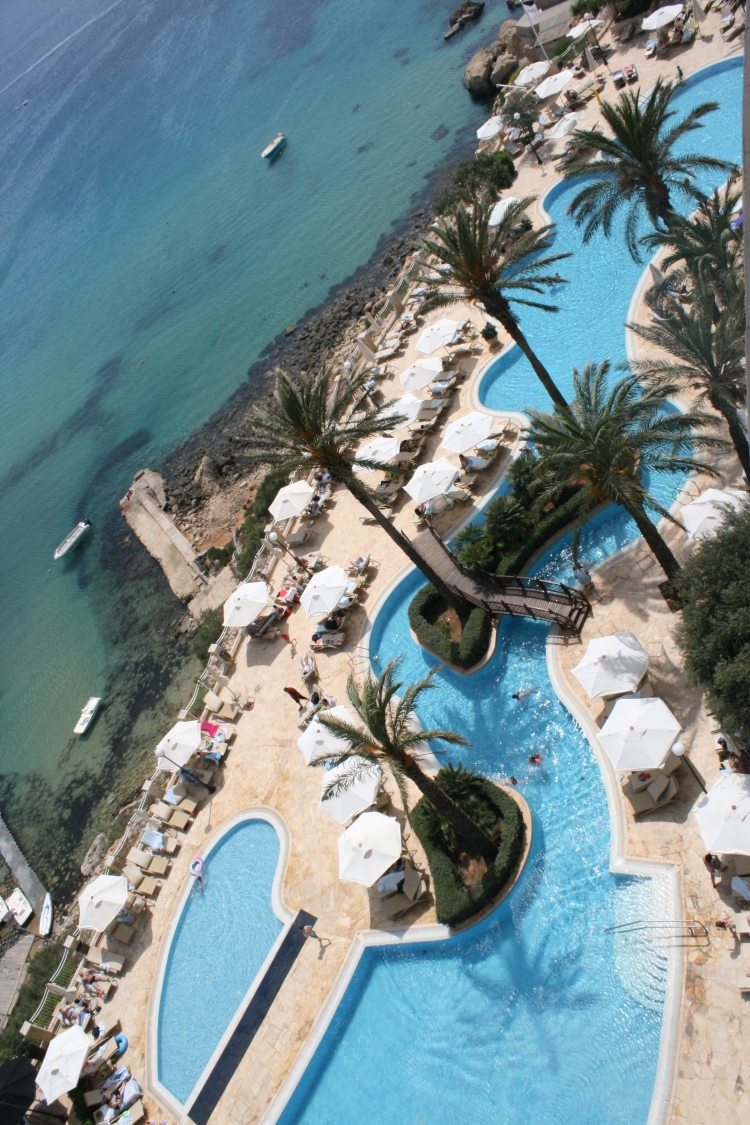 Medieval capital of Malta, the history of this remarmable city goes back 8000 years BC. The walk through its narrow quiet streets with a mix of middle ages and baroque architecture is truly unforgettable. 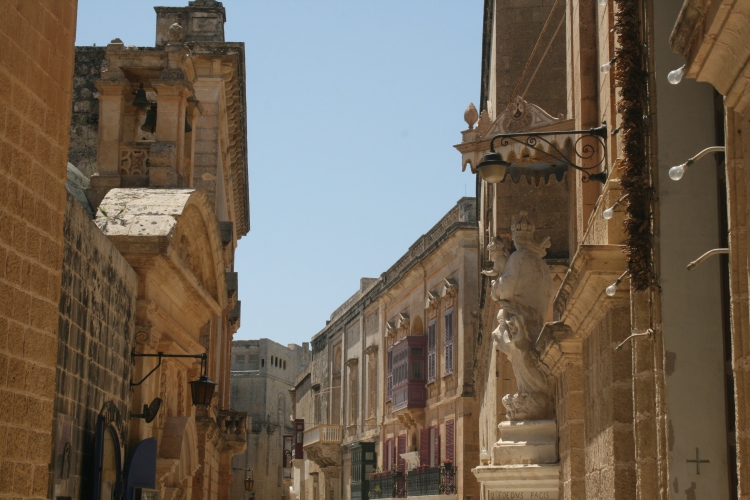 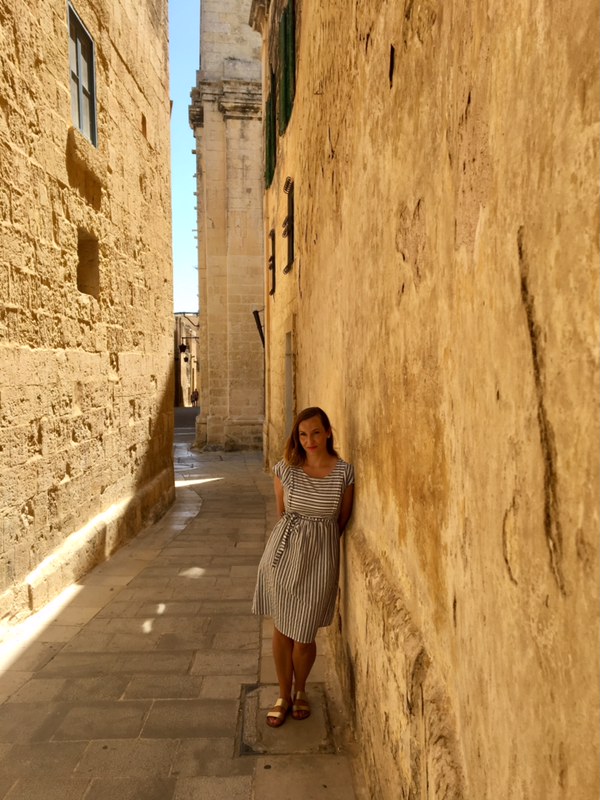 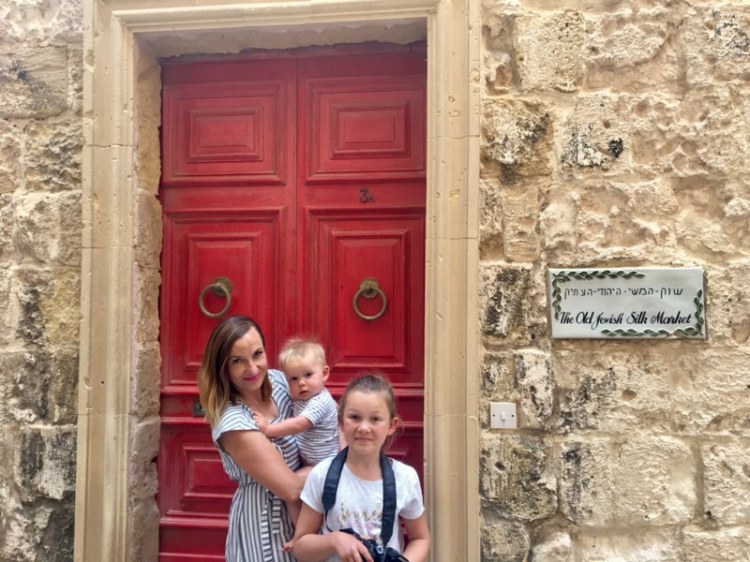 Picturesque little fishing village with characteristic luzzu boats alongside the promenade. Every Sunday there is a market here, with variety of local produce. Palm trees, old houses, market stalls and colourful boats create unique scenery for some brilliant photos. You can buy pretty much everything here: fish, fruit, veg, clothes, toys, but number 1 bestseller here is honey and bee’s wax. 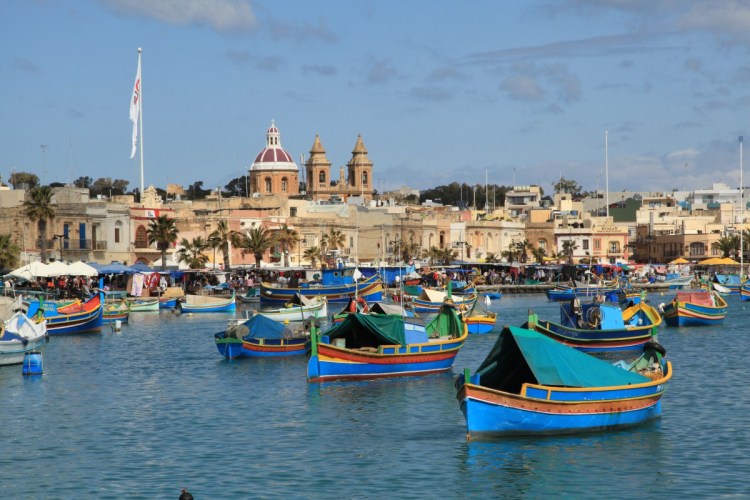 Comino and The Blue Lagoon

This is the most popular excursion in Malta. It’s also available as a half day tour, which is convenient option for families with small children. The water is clear and beautiful, you can snorkel or admire the world above the water surface, almost untouched by human hand. The air is scented with thyme and other wild growing herbs. Pure nirvana for body and soul, although everpresent crowds can make it difficult to reach.

Small island with an area of only 8×16 km. Gorgeous landscape, peace, quiet, and way less people than in Malta. Its mountain terrain is great for hiking lovers. It’s really worth a visit, just to take a deep breath and appreciate the nature without having to rub elbows with other tourists. You can get here by ferry from Cirkewwa to Mgarr.

It’s the smallest capital in the world. History meets modern here, and old buildings are competing with high street shops to get more visitors. One of the famous places here is Grand Master Palace, which was the administrative centre of Malta for almost three and a half centuries. There is a vast collection of armouries, sculpture and paintings here, so if you’re passionate about history and art, the visit is a must. Apart from cultural heritage, Valletta also has to offer great shopping opportunities and some delicious ice cream 🙂 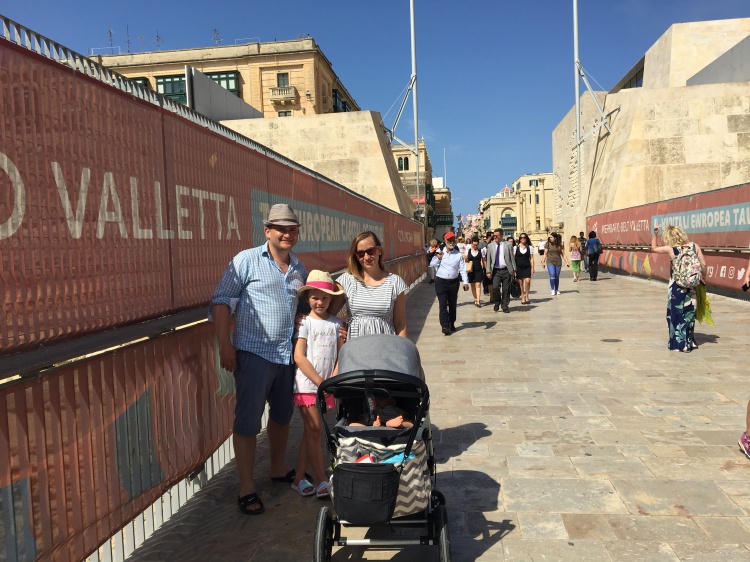 We had planned to stay for 2 days in the area of Malta called St. Julian’s, in Marina Hotel Corinthia, right next to the beach called St. George’s Bay, but when we arrived I couldn’t help feeling disappointed. The hotel itself was nice, but the beach in the middle of the city is not my dream set up, so as I’ve already mentioned, we cancelled this hotel after one night (it was booked for another two) and booked Radisson in our paradise in Golden Bay again 🙂 The areas of St. Julian’s, Paceville, Pembroke are main party destinations in Malta, so if you want peace and quiet, better keep away from here.

There are also regularly run trips from Malta to Sicily by boat, but it’s a long and exhausting day, so we gave it a miss. Anyway I think one day in Sicily would be so not enough, it’s the place I’d rather go for the whole holiday to really appreciate it. 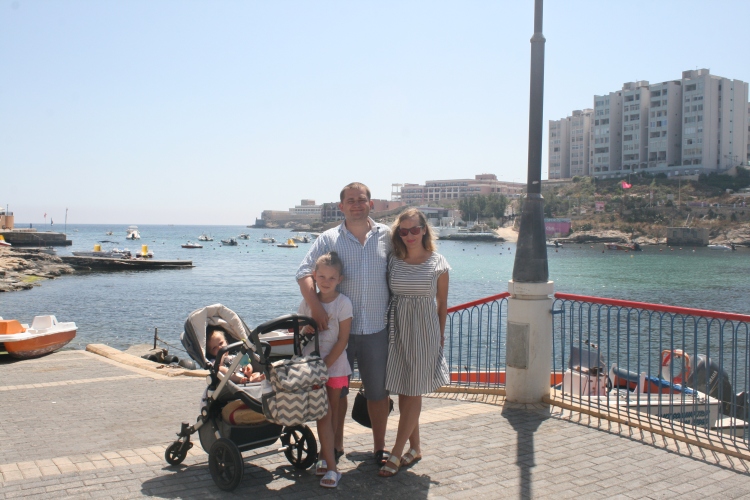 It was our last stop in Malta, this time we stayed in all inclusive hotel db Seabank in Mellieha Bay, which is also high on the list of top beaches in Malta, but in my opinion it’s nowhere near Golden Bay. Besides, the hotel itself was overcrowded and had a mass feel to it, and that’s why I wouldn’t stay here again. 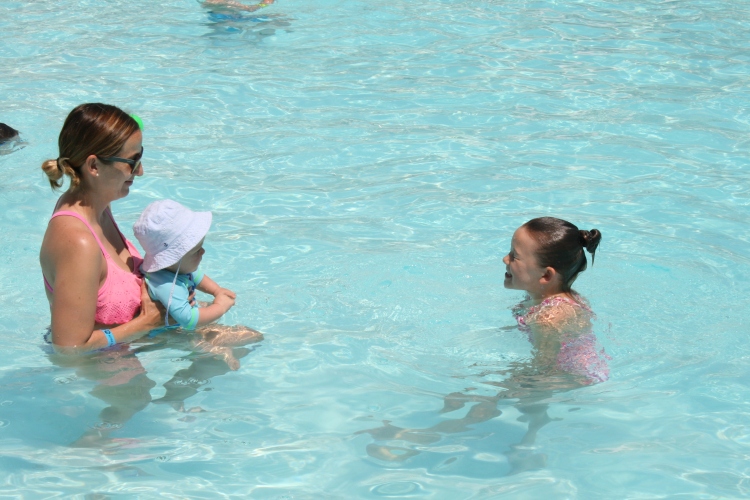 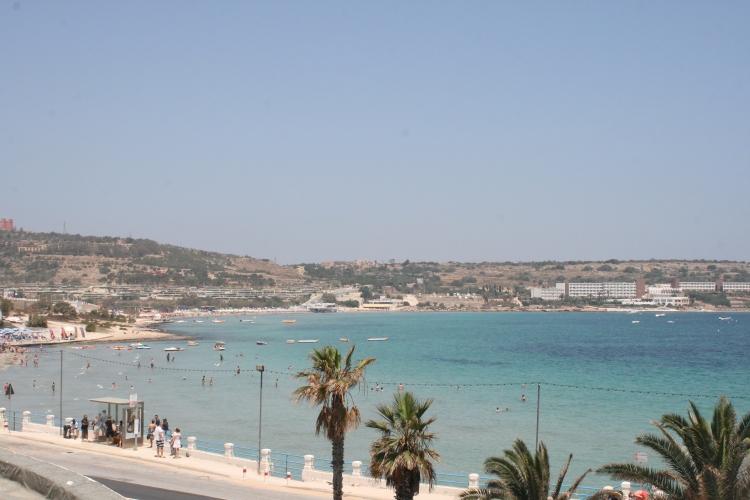 As for the attractions for children in Malta – there is a waterpark and an aquarium, but after a thorough research I decided not to go to any of them. The waterpark has unusually bad reviews, everyone says that it’s dirty, neglected, even dangerous. About the aquarium; most people were saying there is not too many fish, and after 15 minutes you’re done here, and that it’s not very impressive, especially if you’ve been to some cool aquariums before.

So to sum up, Radisson Blu Golden Bay is my number one in Malta, but when I was preparing for that trip I’ve found some other interesting hotels, so I share it with you as I know how time consuming it is to find something worth recommending.

Gozo: There is truly amazing hotel here in Gozo, called Kempinski San Lawrenz, it’s not located directly on the beach, but it’s close to Dwejra Bay, where until recent years you could have admired famous rock formation – Azure window, which collapsed in 2017. Visit the hotel’s website to see for yourself how beautiful it is, shame there weren’t any rooms available when we where there. Another popular sandy beach in Gozo is Ramla l-Hamra, it’s vast and there is not as many people here as on Malta beaches.

Published by co pozostaje / what remains

My name is Gosia, in life I love traveling, discovering extraordinary places, running, good tv series, raspberries and Lindt chocolates. I don’t like getting up early in the morning, blue and red colours next to each other, washing up wooden things gives me goosebumps. I am mum to 8 year old Lily and baby Joseph. Fresh experience of having a baby again brutally reminded me, that time doesn’t flow steadily like a forest stream, but races like a leopard in the savanna and fiercely snatches from me every passing hour, in the manner he deals with a gazelle he just hunted. I was thinking about writing a blog for a long time, but my extremely introverted nature has been effectively holding off any desires to express myself. But here I am putting constraints of my nature aside and trying to stop things slipping through my fingers, precious moments going by in a blur. My hope is that blog will bring out and save things that give the days colour and shape, and will capture and treasure what remains. View more posts